A Year Later: One of the First ClotTriever Patients 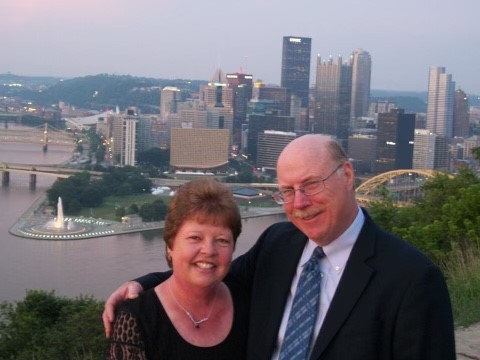 Christine, 61, mother of two daughters and grandmother of four, has been happily married to her husband Bob for 37 years. Since retiring, she enjoys playing golf, taking walks, and doing what she loves most, traveling. Christine is fortunate to have the opportunity to join Bob on his business trips that bring them to different cities across America each year—with 34 states crossed off the list, getting to all 50 is certainly an achievable goal.

In 2019, Christine and Bob were having yardwork done, which had Christine working outside a few days each week. During this time, she developed what she defined as an annoying cough that she attributed to outdoor allergies brought on by her time in the yard. Weeks later she noticed pain in her right leg and once again thought it must be related to her time working in the yard. It was not until a 10-day road trip to the New England states in September 2019 that Christine awoke terrible pain and swelling in her leg. “I had no idea what was happening. I went to bed and woke up to a gigantic, red leg. The idea of a blood clot never crossed my mind,” said Christine.

A call to her doctor prompted immediate direction to the emergency department where an ultrasound confirmed a Deep vein Thrombosis (DVT). The next day, Dr. Abdullah Shaikh consulted her with a new treatment option called the ClotTriever System.

“Christine presented with a severe DVT that already started to embolize and send small pieces of the clot to her lungs prior to her arrival to the hospital confirmed by her CT scan. She did not have much time before a larger piece of the DVT might break free to cause a more severe pulmonary embolism.”

The hospital had just approved the use of ClotTriever, a new thrombectomy device for the treatment of DVT. Christine would be the first patient to undergo the ClotTriever procedure at Allegheny General Hospital. “After Dr. Shaikh went over the procedure and what the device does in great detail, I thought this will save my life,” said Christine about the procedure. Dr. Shaikh successfully removed all the blood clots from Christine’s leg. The entire procedure took about an hour and did not require ICU stay or prolonged recovery in the hospital. Christine’s symptoms improved within a day and she went home two days after her procedure.

“It’s been over a year and I feel great. It’s like nothing ever happened,” said Christine regarding her DVT. She is very grateful for the care Dr. Shaikh provided and would not think twice about recommending the procedure to other patients suffering from DVT.