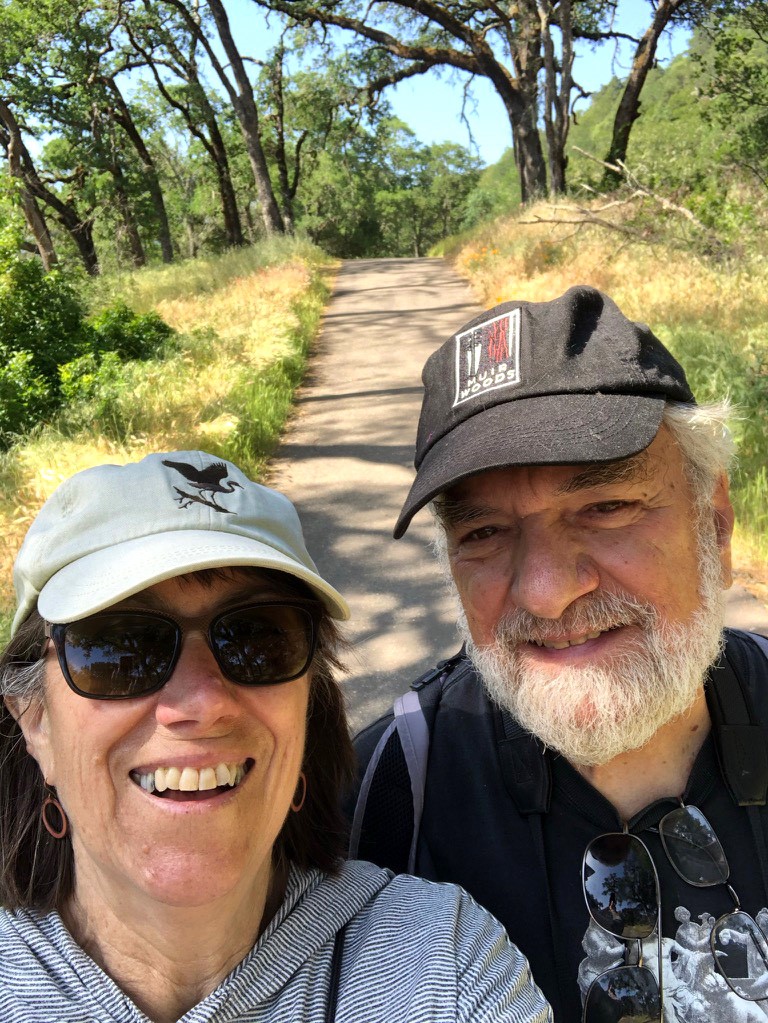 Laurie, a 68-year-old Northern California native, spent nearly 27-years as the owner of an art and framing gallery in Stockton, CA. As a business owner she was always busy and spent most of her time at work on her feet framing artwork or interacting with customers. After retiring in 2005, Laurie actively pursued a wide range of artistic endeavors, including jewelry making, painting, fusing glass and sewing. She and her husband, Mel, enjoyed hiking and birding trips on the California coast as well as in Lake Tahoe and Yosemite.  When they were not on the road, the shared daily power walks. They were also looking forward to being able to travel again.

Laurie’s experience with a deep vein thrombosis (DVT) began in June 2020 when she felt a very strange sensation in her upper thigh that she described as a wiggly feeling working its way down her leg while she was sitting at her computer. Within a few days, her left leg showed signs of redness and mild swelling and her doctor persuaded her to drive to the emergency room at a local hospital where an ultrasound confirmed a superficial vein thrombosis (SVT). The physicians told her it would unlikely become anything more serious and should resolve on its own. But, after two and a half weeks of worsening symptoms Laurie’s hematologist, Dr. Aminder Mehdi, concerned that her condition had not improved, advised her to return to the emergency department for another ultrasound.

At her second hospital visit, the ultrasound confirmed a deep vein thrombosis (DVT) in her left leg. She was instructed to take anticoagulation medication, elevate her leg and wear compression stockings. Nonetheless, Laurie’s pain became so severe that it disrupted her daily routine. “I felt incapacitated due to my DVT. My leg felt like it was cast in cement. I could barely leave the sofa and had to think about every move I made in an attempt to avoid the unbearable pain of my DVT. My husband had to become my complete caregiver” Laurie related. She felt miserable and frustrated knowing she had followed all her doctor’s instructions for nearly four weeks yet had no indication she was going to get better.

In July Dr. Mehdi, referred her to Dr. Pavan Khanna, an Interventional Radiologist at St. Joseph’s Hospital in Stockton. The procedure successfully relieved all of Laurie’s symptoms within a couple of days, allowing her full mobility without any pain.

“This procedure seemed like a miracle. My outcome was incredible, and I was soon active and functioning as before. I wish I had known about the ClotTriever device sooner”

It has been nearly one year since her procedure with no signs or symptoms of the pain she experienced with her DVT. She has returned to walking more than two miles every day with Mel along with spending time doing the things she loves. It’s wonderful.