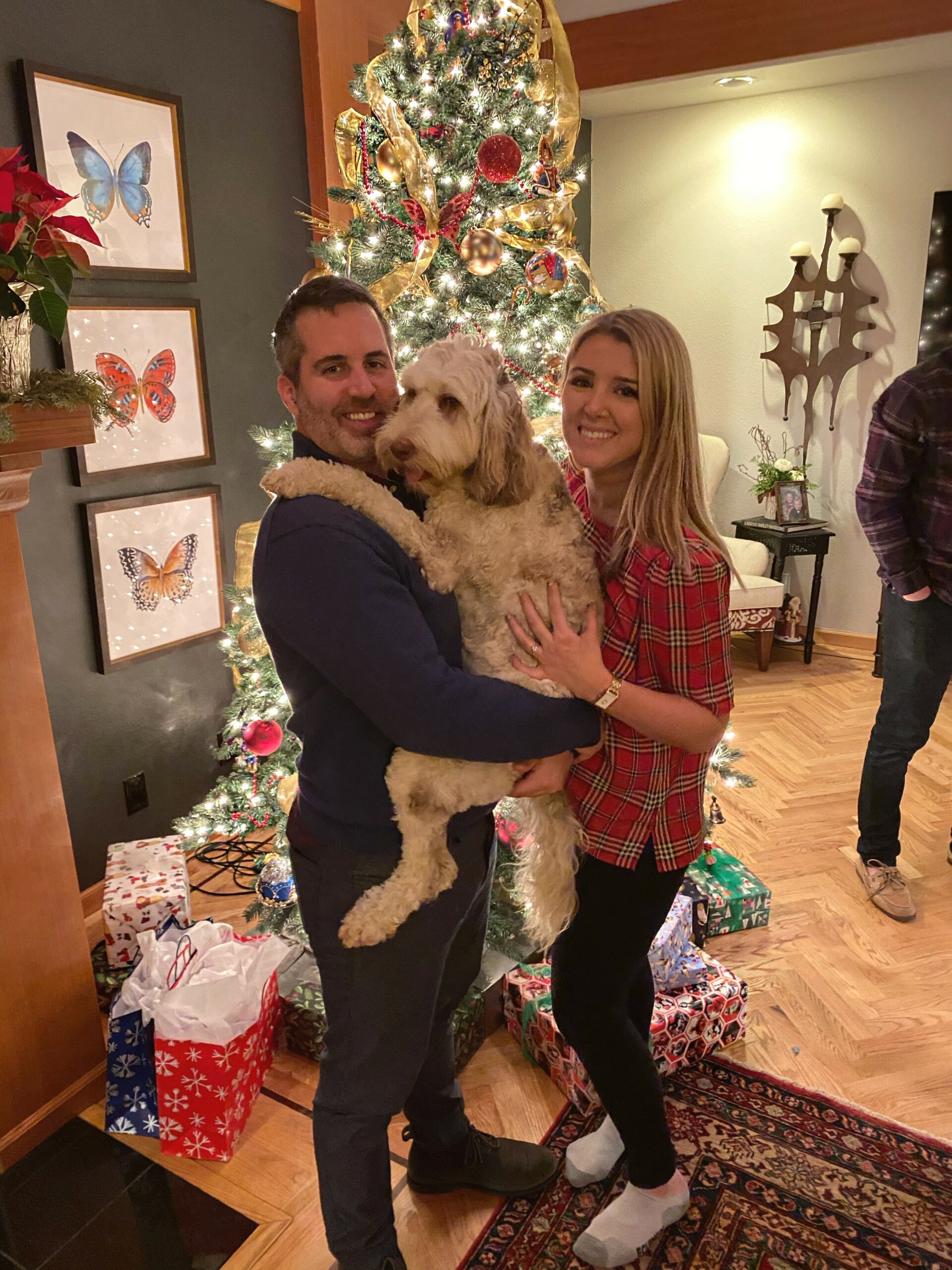 Erica, a 29-year-old sales professional, was born and raised in the San Francisco Bay Area. Her only time away from California was when she pursued a career opportunity that took her to Boston and Connecticut. During her time on the East Coast, Erica met her husband, Rob. They have been married for two and half years and now live in the East Bay where they both enjoy traveling, visiting wine country, and walking their labradoodle, Sunny.

Long walks with Sunny are part of Erica’s everyday routine as she loves spending time in her neighborhood visiting local shops, hiking and meeting friends for coffee or lunch. She is healthy and active with no history of any major illness. The only medication she was taking regularly was an oral conceptive that she started in March after experiencing negative side-effects from an intrauterine device.

In June, Erica was unusually short of breath and was having difficulty talking while walking her dog with friends. She became increasingly short of breath at home as well where she needed to sit at each level of stairs in her home and lean on the kitchen counter to catch her breath while cooking dinner. Within a few days, Erica had developed a cough that she thought may be related to asthma or allergies. The day before a flight home to celebrate Father’s Day in Arizona, Erica made an appointment with her primary care doctor just to be sure she was not overlooking something serious regarding her symptoms over the last few days.

Erica’s primary care doctor recognized her symptoms immediately and was quick to suspect pulmonary embolism. She directed Erica to go straight to the emergency department at John Muir Hospital where a CT scan of Erica’s lung showed a large pulmonary embolism in her right and left pulmonary artery. Dr. Ira Finch, Interventional Radiologist, consulted Erica on her diagnosis.

“Erica had a large pulmonary embolism that was causing severe right heart strain. I recommended we intervene right away with FlowTriever to remove the large clot burden before she decompensated.” – Dr. Finch

Erica was taken to the angiosuite where Dr. Finch and his team performed mechanical thrombectomy, a minimally invasive procedure, to treat her pulmonary embolism. “I was awake during the procedure watching my heartbeat on the screen next to me with the catheters inside my lungs.” said Erica. Her breathing improved the next day and she was discharged two days later.

Today, Erica is feeling good and back to her regular walking routine with her dog Sunny and husband, Rob. Erica was encouraged to learn more about venous thromboembolism after her experience. “I had little knowledge of the symptoms of a blood clot. I feel extremely fortunate that I went to the hospital that day and encourage others to pay close attention to their health and to not delay calling your doctor when you feel something is wrong.” said Erica.