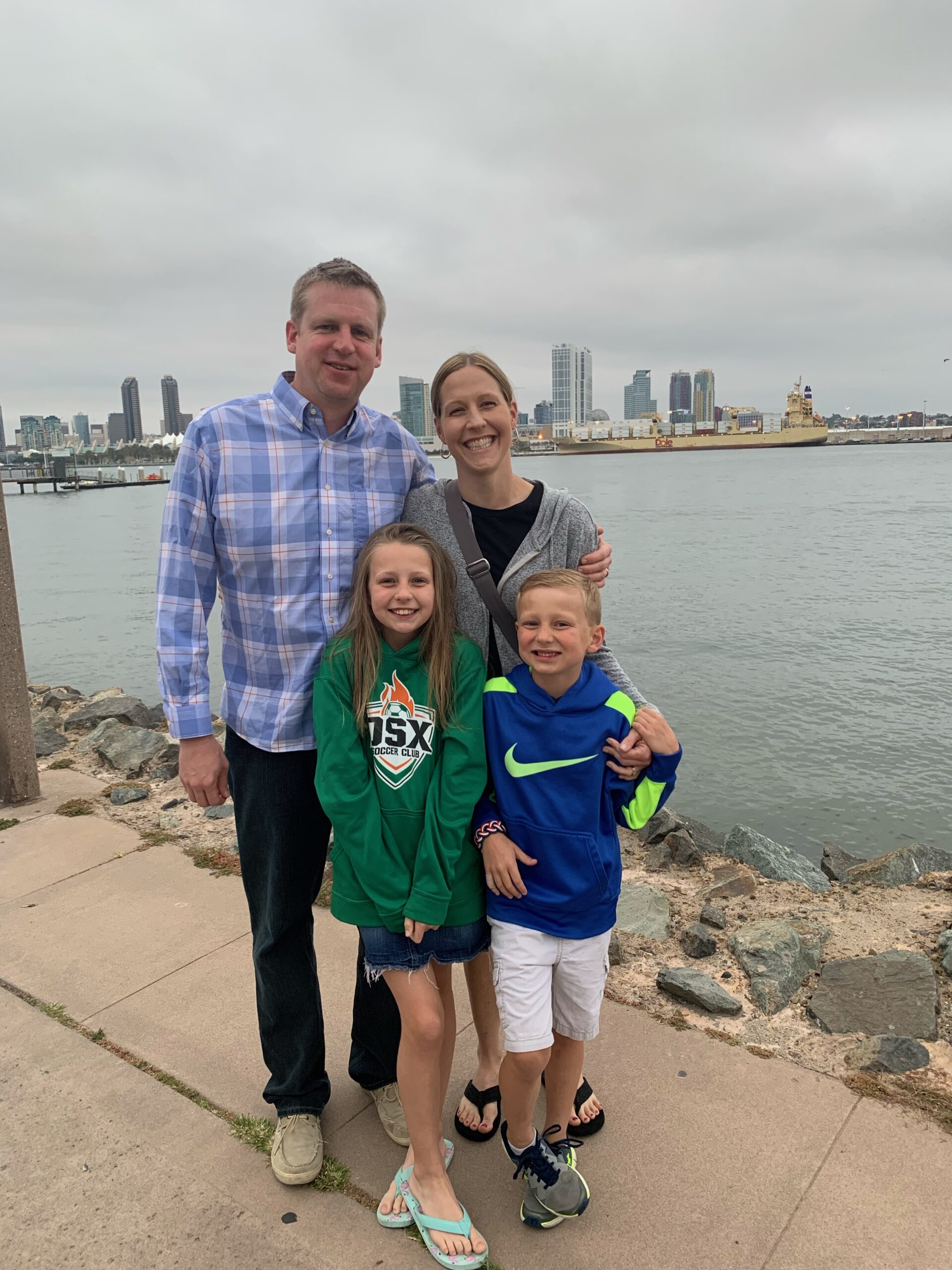 Matt, a 42-year-old husband and father of two young children, planned for typical weekday that started with dropping his kids off at school in his hometown of Dublin, OH. He and his family enjoy being part of Dublin’s close-knit community and are involved in many local activities throughout the year from youth sports to fundraisers and other community events. Matt had no idea that it would be his community what would help save his life in October 2020.

Walking to his son’s classroom,  Matt unexpectedly became short of breath and struggled to make it to the door before walking back to his car. Suddenly, Matt’s vision changed, and his shortness of breath worsened, causing him to lean on his car to stabilize himself before passing out. Matt woke up next to his car to a concerned teacher asking what had happened. Not knowing what to say, he decided he should try to make the short half mile drive back home with the teacher following close behind to ensure a safe arrival. Within the first minute or two of the drive, Matt began to see stars again. Luckily, he made it home where the teacher immediately helped Matt call his wife and 911. The EMTs arrived at Matt’s home to find him laying on the driveway struggling to breath.

Matt was rushed to OhioHealth Riverside where he was quickly diagnosed with a massive pulmonary embolism and was sent directly to the cardiac catherization laboratory for intervention with FlowTriever system.

Within 15 minutes of his arrival to the cath lab, Dr. Phillips and co-physician, Dr. Mitch Silver, began aspirating large blood clots from Matt’s pulmonary arteries using FlowTriever. “I remember being able to breathe right after the blood clots were removed. It was a great feeling.” said Matt regarding the procedure. Despite the life-threating event, Matt feels incredibly fortunate that everything worked out the way it did starting with the teacher finding him in the parking lot, the EMTs taking him to Riverside, and Drs. Phillips and Silver being available and experienced with FlowTriever.

Matt is feeling great today. He and his family are very thankful for everyone involved in his care, especially the teacher that was with him from the time he collapsed in the school parking lot to when the EMTs arrived at his home. “My community helped save my life. I wish I had the words to express my appreciation for the individuals that cared for me that day.” said Matt.

The Inari Story
In the News