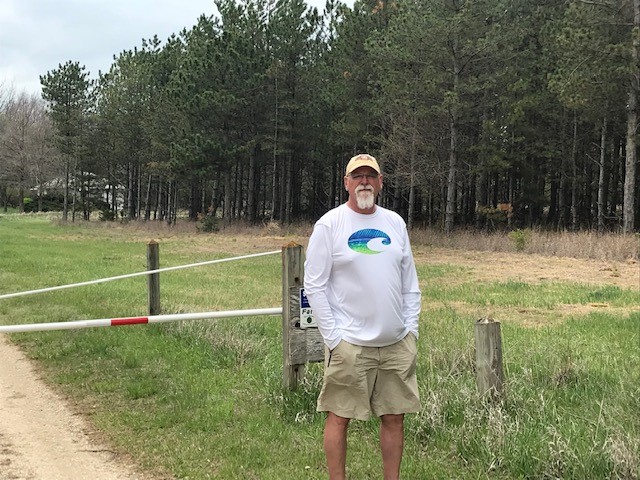 Steve, 64, is a career educator that spent 30-years as a high school teacher and athletics coach in his hometown of Wichita, Kansas. In the summer of 2020, he picked up his exercise routine to get his A1C levels back in check by walking his neighborhood. It did not take long for Steve to establish a daily routine of walking one or two miles every day that would continue in the winter months.

In November, Steve was walking back to his house when the urge to clear his throat quickly progressed into severe shortness of breath that had him bending over to avoid passing out. He could see his house down the street as his peripheral vision went white and he fought to catch his breath. As he struggled to breathe, it was evident he would not make it home, and he called his fiancé, Doye, to bring him to the hospital.

Steve thought he had a heart attack but did not experience any chest pain or discomfort. At the emergency department, his blood work confirmed elevated d-dimer levels and a CT scan showed a large pulmonary embolism known as a “saddle” that extended into the left and right pulmonary arteries. Dr. Jose Cepeda, an Emergency Medicine Specialist, presented Steve with the images of his CT scan to describe the volume of his clot burden. “My odds of survival were 70%. If I went home on anticoagulation, I would likely not make it back to the hospital alive.” said Steve about the severity of his diagnosis. He was transferred that evening to a sister hospital that had the FlowTriever System available. Dr. Chris Li, Interventional Radiologist, consulted Steve on his condition the following morning.

“PE is the third leading cause of cardiovascular death worldwide and Steve was diagnosed with having pulmonary embolism with a significant clot burden that had a high risk of death or permanent disability if not treated. The clot was causing his heart to strain and work too hard. I knew I could help him get better with the FlowTriever system” – Dr. Li

Steve recalls seeing the clot removed from his lungs during the procedure. “I was simply astounded by the size of the blood clots removed from my lungs. My breathing became much easier as soon as the clots were removed.” said Steve. The procedure was a success and he was discharged home the next day.

Steve is feeling great and has a new outlook on life. “Drs. Cepeda and Li are unbelievable. I cannot thank them enough for their professionalism and compassion. They saved my life.” said Steve regarding his care.